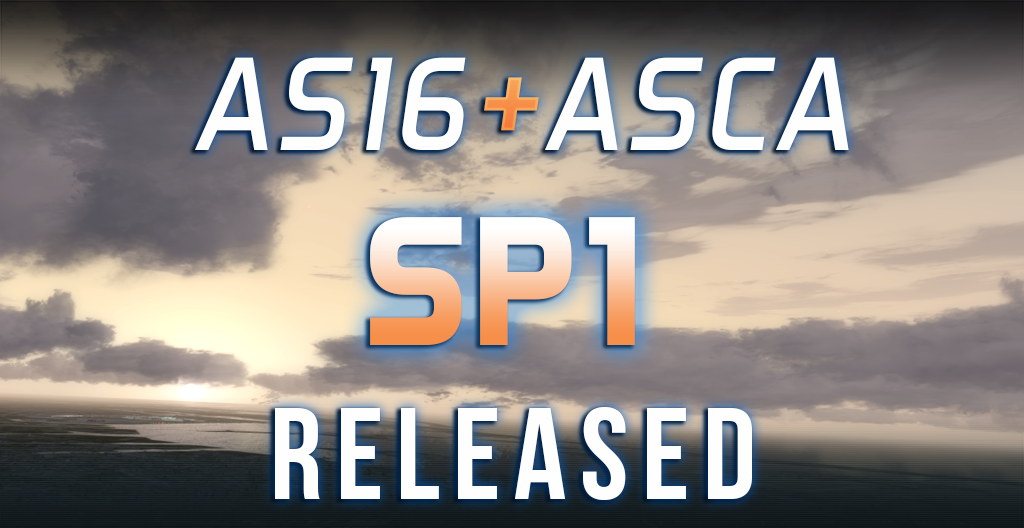 AS16 (Active Sky 2016) is HiFi’s latest full-featured reality-based weather and environment engine. ASCA (Active Sky Cloud Art) is a dynamic sky and environment graphics package with breakthrough features including real-time cloud texture dynamics and brand new cloud structures, completely transforming your skies. Both are designed to run fully integrated or stand-alone, and are fully compatible with all other add-ons including weather engines and graphics enhancements. For more information about AS16 and/or ASCA, visit our  AS16+ASCA SP1 Page

A free fully-functional 7-day trial of AS16 SP1 is available to everyone, even if you’ve tried AS16 before. Visit www.activesky16.com for details!